The chronicle of the thrilling regatta

At the first race, on 15th September, the Endeavour is very much in command, but the Committee is forced to interrupt the race temporarily due to a sharp drop in wind. The boats set off again on the 17th on a windward-leeward course – at buoy 1, the Rainbow is out in front by 18 seconds, but in the home stretch the Endeavour streaks ahead and wins with a two-minute advantage.

During the second race, on a triangular course, Endeavour wins again, this time with a 51-second lead. With Sopwith’s Endeavour now two races in front, the boat enter the third, leeward-windward, race.

Half way throught, the crew of the Endeavour start to think that they have mistaken the direction of the buoy, and neither the navigator nor Sopwith himself is able to reassure the helmsman, who steers away, straight into the path of the oncoming Rainbow, a manoeuvre which loses them the race by three minutes.

The fourth race, along a triangular course, proves decisive. The Rainbow starts well and takes the lead, but Sopwith manages to push his boat ahead.

The Rainbow does not respond to the Endeavour's luffing, which, to avoid a collision, is forced to bear up. The race continues with the Rainbow leading the way. Shortly after, Sopwith raises a flag in protest at the narrowly avoided collision, but the Committee does not accept the protest since it was not made at the time of the incident. The two teams are, then, drawn at two wins each as they prepare for the fifth race, scheduled for 29th September.

A breath away from victory

Locked in a dead heat at two wins each, Vanderbilt asks Alain Paine, sailmaker and afterguard of the Yankee, to join the crew of the Rainbow. Alain accepts the offer and brings with him some excellent spinnakers used by the Yankee.

During the fifth race - which has a windward­leeward course with leeward start-the Rainbow races ahead. Using the sail of the Yankee, the Rainbow has the edge over the other boat, and, taking advantage of the problems that assail the Endeavour when it tries to raise its spinnaker, wins the race by over four minutes. 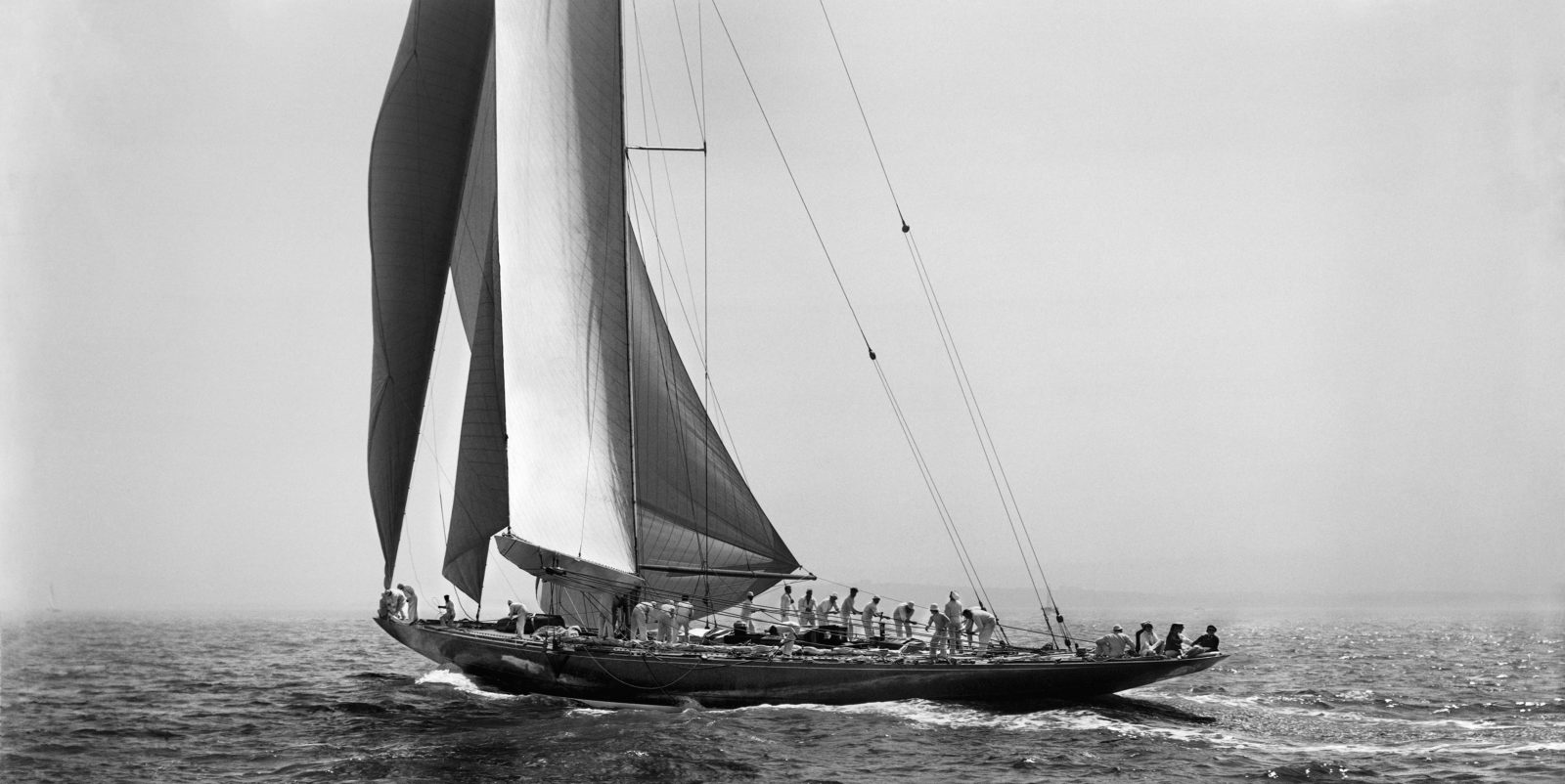 With the results standing at three to two in the Rainbow's favor, the boats enter the sixth race, which has a triangular course. The Endeavour makes a great start and leads throughout the first side. The Rainbow is experiencing problems in using a spinnaker it has borrowed from the Weetamoe.

During the second side of the triangle, the Endeavour runs into problems in changing jib, and is overtaken by the Rainbow. This lead proves decisive as Sherman Boyd, the Rainbow's helmsman, succeeds in maintaining it all the way to the finish line, with 55 seconds to spare.

Even though the Endeavour was the favorite, and the best boat in the race, Sir Thomas' crew - some of whom were armatures - made too many mistakes, and this ended up costing Sopwith the race.